Over the last few months you must have read dozens of articles, online or in print, about the Omicron variant of COVID-19.  Fortunately, this is not one of them. This article is about Omicron² Eridani. It is a faint star in the constellation of Eridanus, the River.

Actually, there are two Omicron stars in that constellation.  The first is brighter, and is a variable star.  The second one is one of the closest stars to the Sun. Omicron², also known as 40 Eridani, happens to be not a disease but one of the most interesting star systems in the entire sky. 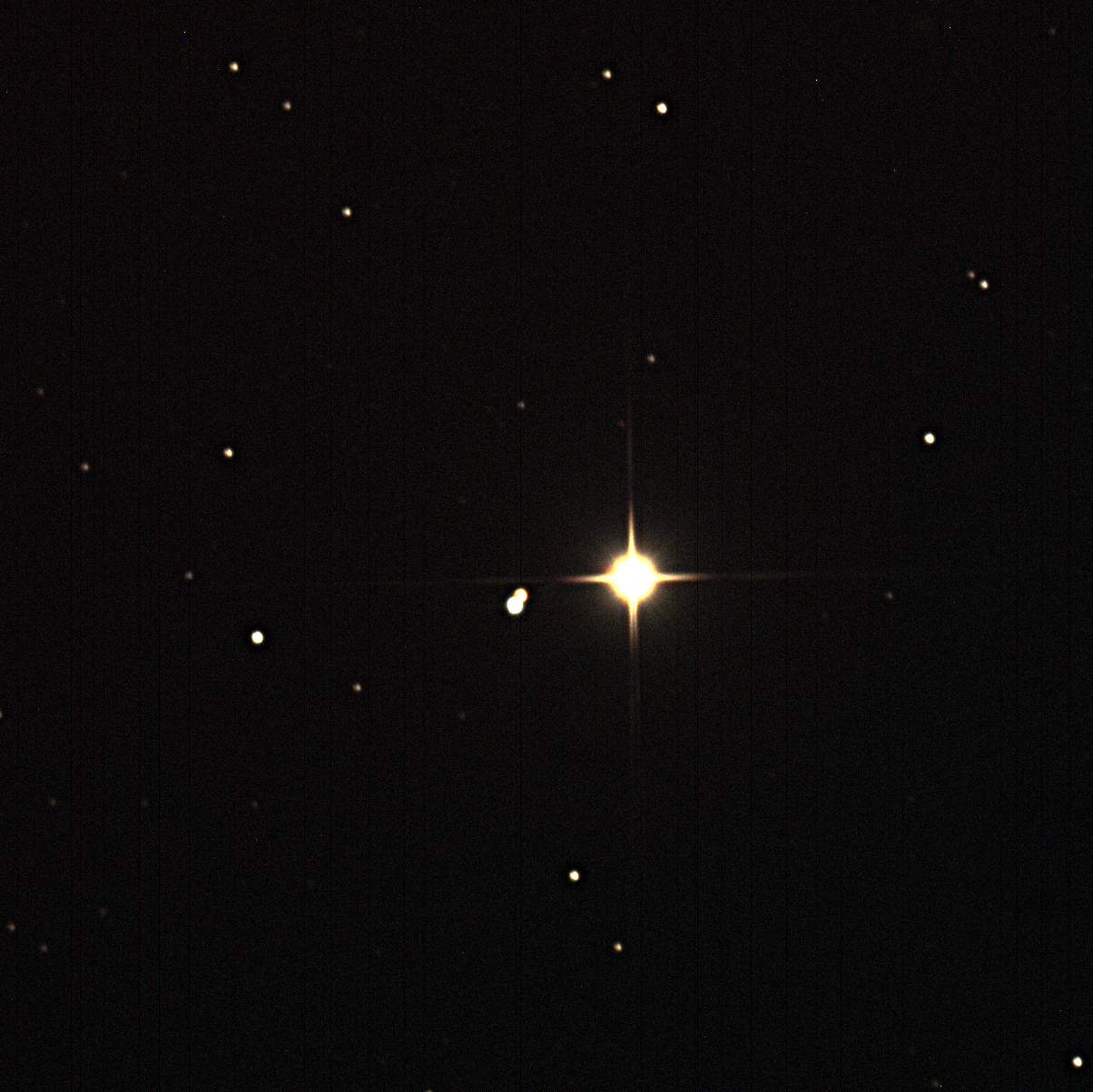 Omicron² is a triple star system that is only about 16 light years away.  Its brightest component is a Sun-like star faintly visible to the unaided eye on a good night. It lies in northern Eridanus, the River, just a few degrees west of Rigel at the foot of Orion.  The secondary is a white dwarf star.  Unlike the companion of Sirius,  this star is 9th magnitude and not near the brighter star so it is easy to see in a small telescope.   The third star is not far from the secondary, but at 11th magnitude it is also not difficult to spot.  This third star is a red dwarf.

Although red dwarf stars are the most plentiful, by far, in our region of the Milky Way galaxy, they are almost impossible to see because they are so small.  The closest one to us is Proxima Centauri, or Alpha Centauri C, which at 4.24 light years is the closest star to the Sun.    Also because they are so small and intrinsically faint, only a few of them are easy to find.  40 Eridani C is one of the easiest to find.

This interesting star has something else going for it.  In 2018 astronomers discovered a planet orbiting the primary star.  With a rapid orbit around Omicron², such a planet would receive much more radiation from the primary star than Earth gets from the Sun.  But in 2021 new observations cast doubt on whether this planet exists at all.

Whether Omicron² Eridani really hosts a planet is subject to debate.  But in the universe of Star Trek, it surely does.  It is the home of Vulcan, Mr. Spock’s home world. In the episode “Operation Annihilate”, which appears near the end of the first season, Spock is blinded by the intense light used to immobilize the invading parasites on the planet Deneva.  However his blindness is temporary because of the existence of an inner eyelid.    Vulcan is said to orbit Omicron² Eridani’s primary star, and since it is so much  brighter than our Sun,  even though Vulcan is at the same distance that Earth is from our Sun, they need the inner eyelid to protect their eyes.

I rather enjoy the idea that the fictitious Vulcan happens to orbit one of my favorite real stars.  And unlike the Omicron variant, which one hopes will be eradicated soon, we admire Omicron² Eridani, the real star, and wish it to ”Live long and prosper.”