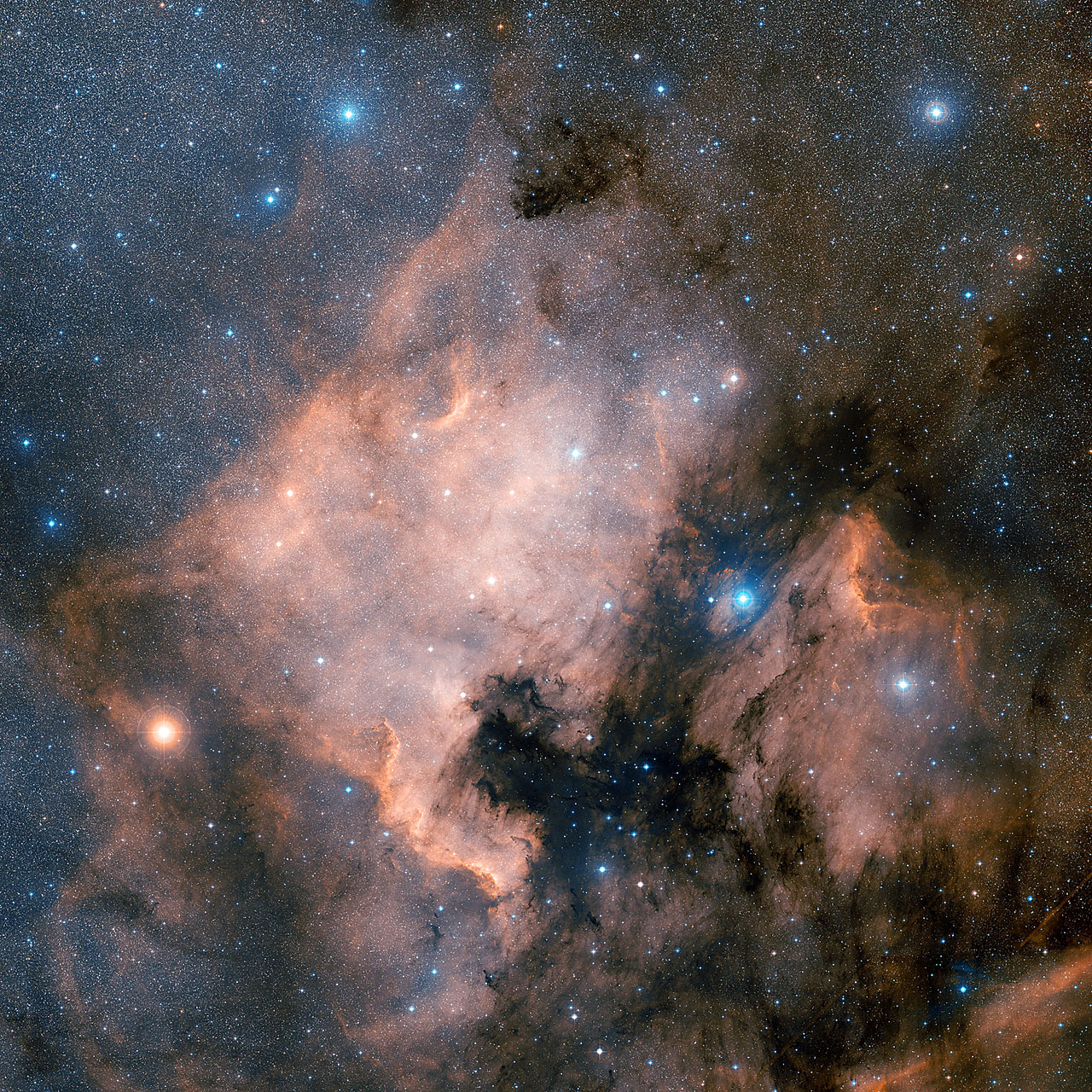 Agreed, this seems like an awfully daffy title for an astronomy article. But there is method to the madness, and there is a story.  During the late summer of 2019 there was a star party in southeast Arizona that featured a dark sky and five perfect back-to-back nights  As I spent hour after hour hunting for comets, I came across the sprawling North America Nebula in the northern sky constellation of Cygnus the swan. But this time something different appeared. It was a strange structure, the outline of a dark nebula bordered by a slightly brighter cloud.  The whole feature was rather subtle, so that sometimes it was there, and then it faded so that sometimes it wasn’t. I spent some time trying to determine a name for it. It looked like the head of a duck.  I couldn’t call it the wild duck nebula, as there is a cluster with that name.  And Donald Duck is a bit confusing. So how about calling it the Daffy Duck nebula?

Thus, the structure is named after Daffy Duck. It is No. 403 in my catalog of interesting things found during my more than 56 years of comet hunting. I believe it is a small dark construction at the northern tip of the North America Nebula, about where Hudson Bay is not accurately located.  It could have been where the Gulf of Mexico is, but that area is virtually impossible to spot visually, even under a dark sky.  Like the Horsehead Nebula in Orion, it is very difficult to spot and it is best viewed only in a photograph.  The accompanying picture shows it at its top, a little to the left of center.  The accompanying photograph was taken using the Hubble Space Telescope.

There are more than four hundred other celestial objects that have come my way over the years.  Beginning with NGC 1931 which I spotted in January 1966, many of these are already well-known deep sky objects in the night.  But a few are interesting groupings of stars, called asterisms, that no one has pointed out before.  One of my favorites is a structure of faint stars I call “Wendee’s Ring.”

These always welcome objects in the sky are fun to observe and they enhance my enjoyment of my hours under the stars.  When I can see Daffy Duck, it reminds me of the happy hours I spent as a child at Beaver Lake, an artificial pond near the top of Mt. Royal in Montreal, that hosts dozens of mallard ducks. On clear, moonless nights now, I offer a cosmic hello to Daffy Duck and the many objects in the night sky I have come to treasure as good friends.