A Great Conjunction, and the Christmas Star 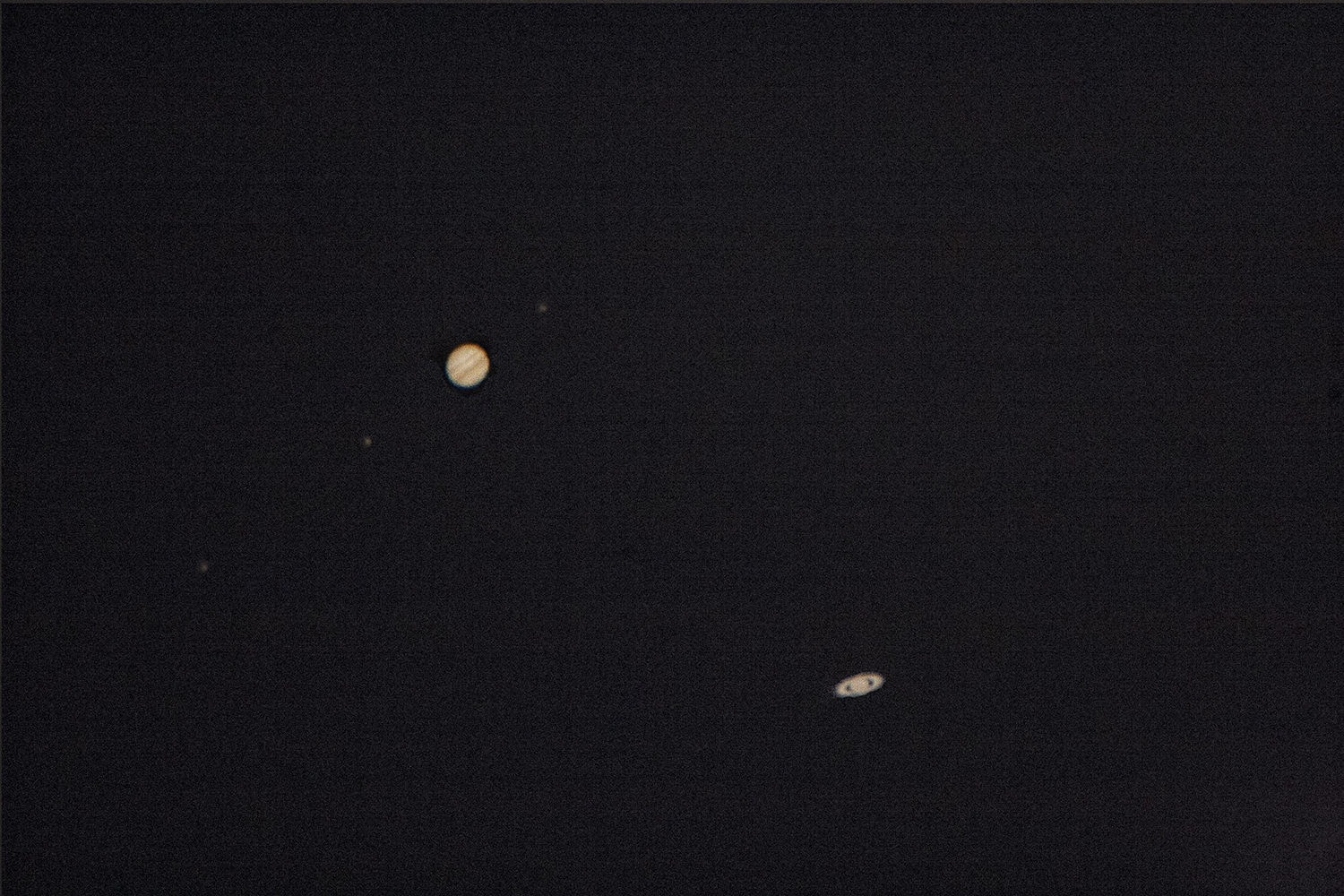 In the words of this beautiful Christmas carol,written during the Cuban missile crisis of 1962, we are reminded of Christmas, the biblical Book of Matthew, and the Star of Bethlehem.  Famous as it is, this story appears but once in the Gospel according to Matthew::

Now when Jesus was born in Bethlehem of Judea in the days of Herod the king, behold, wise men from the East came to Jerusalem, saying,

“Where is he who has been born king of the Jews? For we have seen his star in the East, and have come to worship him.”

When they had heard the king they went their way; and lo, the star which they had seen in the East went before them, till it came to rest over the place where the child was.

When they saw the star, they rejoiced exceedingly with great joy;  and going into the house they saw the child with Mary his mother, and they fell down and worshiped him. Then, opening their treasures, they offered him gifts, gold and frankincense and myrrh.

For more than two thousand years, people have tried to attach some astronomical meaning to the star.  From books and planetarium shows, I have gathered several; possible interpretations:

However, there was a Great Conjunction in 6 BCE. (Great conjunctions involve only Jupiter and Saturn and take place roughly every twenty years.)  A subset of this series involved the Moon passing close to Jupiter on April 17,  6 BCE.  True to the biblical account, Jupiter was in the east over Israel at this time, and King Herod was still living.

One thing I like about the planetary conjunction theory is that astrologers in those ancient days4, more than the general population, paid attention  to these events.  One possible translation of “wise men” is “astrologers”, people versed in how the stars and planets influence humanity.  They would have paid attention to planetary conjunctions more than the general population.

Whatever the Christmas star was,  we got to see it again as a ”Great Conjunction” on Monday, December 21st.  It is the closest that Jupiter and Saturn have been close to each other since 1623, that long-ago year that also saw the first publication of the First Folio of Shakespeare’s plays.  On that day in 1623, the conjunction took placed in daylight, so no one would have paid attention to it.  But the one in 2020 was visible in the early evening!  Therefore, millions of people were definitely paying attention to it, and it reminds us of the Star of Bethlehem.  Whatever it was, we shall never know.  But for those of us who were able to gaze in wonder at this fabulous event, it acted to increase the nightly miracle of the magnificent sky.

Even in our postmodern age, the chance close alignment of the sdolar system’s two biggest planets is not a big scientific event.  However, it is a big astrological happening.  While no true scientist follows astrology these days, two thousand years ago the night sky was all about astrology.  And were it not for ancient astrology, we would not enjoy today’s comprehension of the night sky.  Even in 1623, the last time Jupiter and Saturn were this close, most people were more interested in astrology.   I quote from Shakespeare, who was did not follow judicial in astrology.  The two opening lines of Sonnet 14 state clearly that

Not from the stars do I my judgment pluck,

And yet methinks I have astronomy…

I believe that Shakespeare used astrology a lot in his plays because he knew his audience followed it.  And now at the close of 2020, we have that rare opportunity to reflect on an astrological event, the joining together of two planets, a simple event that helps us to go outside, look towards the southwest, and revel in the beauty of  the night sky.